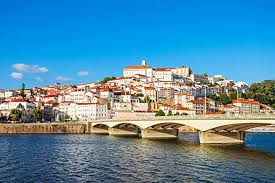 is a city and a municipality in Portugal. It is the fourth-largest urban centre in Portugal and it is the largest city of the the Centre region. It comprises of 19 municipalities and extends into an area of 4,336 square kilometres.
Among the many archaeological structures dating back to the Roman era, when Coimbra was the settlement of Aeminium, are its well-preserved aqueduct and cryptoporticus. Similarly, buildings from the period when Coimbra was the capital of Portugal (from 1131 to 1255) still remain. During the Late Middle Ages, with its decline as the political centre of the Kingdom of Portugal, Coimbra began to evolve into a major cultural centre. This was in large part helped by the establishment the University of Coimbra in 1290, the oldest academic institution in the Portuguese-speaking world. Apart from attracting many European and international students, the university is visited by many tourists for its monuments and history. Its historical buildings were classified as a World Heritage site by UNESCO in 2013.

The first university in Portugal and one of the first and most characteristic in Europe was established in 1290 by King D. Dinis. The university, was first established in Lisbon, but it was moved to Coimbra in 1308 and, after many changes between the two cities, it permanently settled near the Mondego River in 1537, at a palace granted by King John III.

Down by the river is "Baixa" (downtown), the commercial heart of the city, with lively cafes, pastry shops, restaurants, boutiques, and other shops leading to Comercio Square. Comercio square, one of the prettiest in Coimbra, is where you can find the São Tiago and São Bartolomeu Churches, the Pelourinho (pillory) and 17th and 18th centuries buildings. In downtown  you can also find Café Santa Cruz - which is one of the most traditional cafés in the city and a meeting place for social gathering.

On another square nearby is the historic Santa Cruz Monastery, containing the tombs of Portugal's first two kings. It was founded in 1131, but its flamboyant arch at the entrance dates from the 18th century.

For more information on the Santa Cruz Monastery visit:

At the back of the Monastery are the Manga Gardens. It is inspired on the fountain of life and was once a central area of the Santa Cruz monastery of which now only the church of Santa Cruz remains. Locally there is a belief that when King John III of Portugal visited the monastery and faced with a large open space made a drawing of the fountain on his sleeve and asked for it to be realized on the spot where it stands today, hence the name Jardim da Manga – The garden of the sleeve.

Close to the Monastery also is the Santa Cruz Park. Built in the 18th century, its entrance is through two towers adorned with arches, and a staircase with tile-covered benches leads to a fountain decorated with statues. . The entry of the garden faces Republic square and has three statues on top representing: Faith, Charity and Hope This is a great place for a picnic (there are tables for that), with a lake surrounded by exotic trees creating an atmosphere of peace and quiet amid the city.

The entrance to the ancient, upper town (once both a Jewish and Moorish quarter), is through the Arco de Almedina, 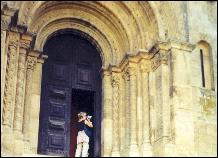 a 12th century gateway to the city, back by one of the city's main shopping streets, Rua Ferreira Borges.

The Arco de Almedian or Arch of Almedina is the only remaining entrance gate to the original city of Coimbra and one of the view remaining examples of Moorish architecture in Coimbra.

For more information on the Arch of Almedina visit:

A 16th century tower that now houses an arts and crafts gallery. The famous poet António Nobre (1867-1900) lived there after adapting it as residence. He used the tower as inspiration for some of the poems which are part of his most famous work.

The fortress-like Old Cathedral was built in the 12th century in the Romanesque style. Inside the highlights are a number of fine tombs, a large Late Gothic altar, and a Renaissance font. From the south aisles, a flight of steps leads up to the Early Gothic 13th century cloister.

For me information on the Old Cathedral: http://www.centerofportugal.com/coimbra-old-cathedral-se-velha-de-coimbra/


The New Cathedral has a misleading name, since it was founded in 1598 by the Jesuits. It has an Early Baroque façade and inside are baroque altars, a 17th century organ, and barrel vaulting.

For me information on the New Cathedral: http://www.centerofportugal.com/new-cathedral/